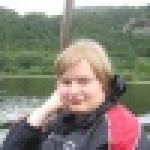 Hi, welcome to Spitting Image Wiki! Thanks for your edit to the Margaret Thatcher page.

Sorry for the damage Edit

While you said it was Network's fault, I'm terribly sorry. I did it mainly because that was the way TV.com had it listed. While not the most reliable source, I was willing to go with it. A majority of other websites and YouTube videos I believe, while not the most reliable sources, also list the same thing. So I thought series 1 had 12 episodes, series 2 had 11 episodes, and so forth. I have to admit though, it seemed so likely.

I accepted your apology, mainly some sources aren't what they used to be.

P.S. Try searching "Radio Times Guide to Comedy" on a online book store, or your nearest second-hand book shop. The best second-hand bookshop I been to is in Morecambe. It's called "Piers Books". I bought the Spitting Image Komic Book, there, a few years ago. The book store features a lot of old books, there. Those hundred year old books, not flammable.

With your permission... Edit

Retrieved from "https://spittingimage.fandom.com/wiki/User_talk:Sezme?oldid=3302"
Community content is available under CC-BY-SA unless otherwise noted.